To see the original post, please pop over to Romancing the Genres

I can’t believe we’re already one month into the New Year. Time has whizzed by since we last spoke. The holidays are over, the kids are back at school, and with a sigh of relief, we can all fall into a semblance of normality once again.

But, what’s ‘normal’ for a writer? 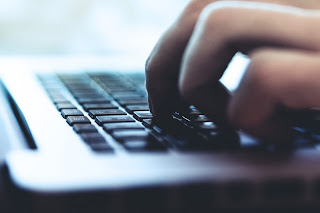 Sure, we sit at our keyboard – or with pen and paper – day after day, and type. We make up stories and characters and situations, both fresh and exciting, from the safety of our writing space. Once in a while, there might be that one scene we need to choreograph, just to make sure it makes sense. But, what if we took it one step further? What if we stepped out from behind our keyboard and enacted that scene, in the real world?

Where am I leading you with this? To my soon-to-be-released novel, Murder Most Unusual.

This is a story in which the line between fact and fiction is blurred and, as a consequence, all havoc breaks loose.

Stacey Holland is a romantic suspense author who believes in creating the perfect scene, especially when it comes to murder. To do this, she enlists the help of a mannequin named Renaldo, an assortment of synthetic weapons and her imagination. In my opening scene, we see Stacey in a large cow paddock after midnight, wrestling with Renaldo in the mud. 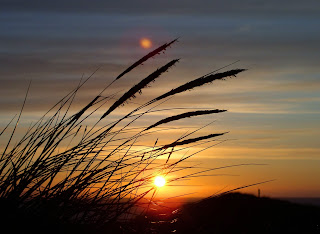 She may be grimy and wet and cold, but she’s dead-set-determined. Her readers deserve nothing less than perfection. And perfection isn’t gained by sitting at home, all cozy and warm, with a batch of her favorite choc chip cookies and a glass of warm milk.

You have to get out there, get dirty, and get things happening.

So, there she is, wrestling with Renaldo, creating the perfect murder.

A little quirky, but hey, quirky’s no crime. Right?

Not unless there’s a psychopath watching. A psychopath who likes her style of murder so much, he decides to copy it.

He watches. He waits. He kills….

As Stacey works on her book, bodies are littered in her wake. But instead of fiberglass, they are made of real flesh, skin and bones.

Then homicide detective Chase Durant connects the dots between Stacey’s books and the killer’s gruesome murders, and suddenly Stacey’s thrown into a whole lot of trouble she’d much rather avoid. That includes dealing with her sex-starved hormones and a detective who’s way too delicious for his own good. And hers.

She tries her darnedest to shut Chase out, to retreat back into her writing world, away from men who manipulate and make fun of what she does and who she aspires to be. It worked when shutting out her ex-husband. It shouldn’t be any less effective when shutting out a pesky detective.

Plus, a killer mimicking her murders doesn’t change the fact that she’s on a deadline with her next book. And publishers wait for no man, author or murderer. She has no time or inclination to play Sherlock with a detective. He catches the killers, she just writes them.

Great but for one problem – the killer wants her attention, and he’ll do anything to get it.

I love the premise of this story. From one romantic suspense author looking into the mind – albeit fictional – of another, I’ve often wondered how far authors would be willing to go for their craft. How far they’d be prepared to push the boundaries to create that perfect character, that perfect scene. And if it meant delving into the mind of a psychopath, would they do it?

Could they do it?

I know there are authors who’ve immersed themselves in their character’s job or life situation, extremes spanning from being homeless to being a corporate highflyer. Some have pushed the boundaries of safety, choking themselves, staging drownings and other such events, just to discover how best to describe them. These are lines that are way too murky for me to cross.

I’ve held snakes, choreographed fight and murder scenes (in the comfort of my own home), even asked hubby to lock me in the trunk of the car so I could see how it felt. But that’s where I draw the line. 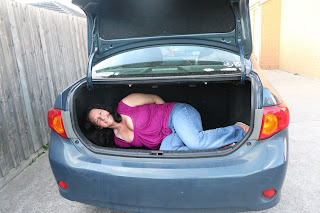 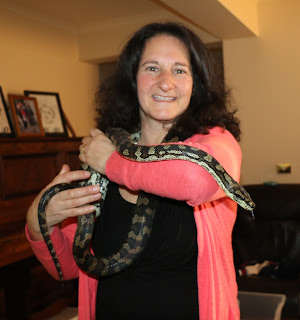 Stacey’s line is a little further left-field, but it’s still there. Still very clear. Still stopping her from taking that final step from author to assassin.

Unfortunately, that doesn’t go for the psychopath who’s watching her.

But that’s another story, for another day.

Do you think an author should pull out all stops for a good story, or is there a line you think they shouldn’t cross?

I’d love to hear your thoughts, or your personal experience on going that extra mile for a job – it doesn’t have to be writing. 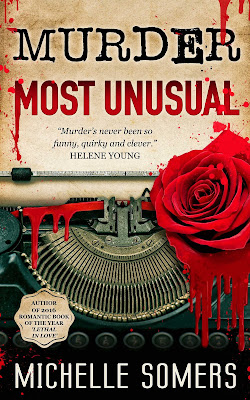 Murder Most Unusual is a seductive suspense set in Melbourne, Australia.

Romance novelist Stacey Holland lives in a fictitious world where the mortality of her characters is governed by a tap on her keyboard.
Homicide detective Chase Durant’s cases are real and gritty and one wrong move could be his last.
When their two worlds collide, and fiction melds with fact, can they fight the attraction raging between them, all-the-while fighting the killer determined to destroy them both?
BUY LINKS:
AMAZON AUS   AMAZON US   AMAZON UK
iBOOKS               KOBO               NOOK

If you’d like to find out more about me or my books, pop by my website at www.michelle-somers.com and sign up to my newsletter.
If you do, you’ll get an interesting monthly read, and freaky facts like this: 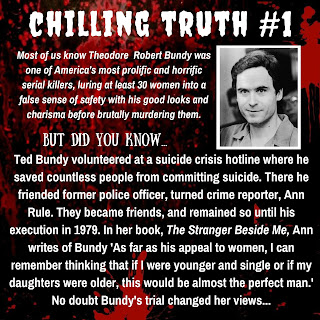 Thanks for stopping by! I look forward to seeing you all again the first Thursday of next month 😊